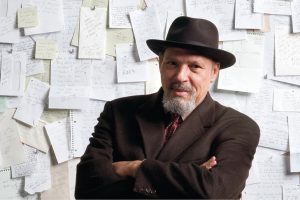 The Ground on Which He Stood

Playwright August Wilson stood before an audience at the Theatre
Communications Group National Conference (June 1996) and declared: “I am what is known, at least among the followers and supporters of the
ideas of Marcus Garvey, as a ‘race man.’ That is simply that I believe that race matters—that it is the largest, most identifiable and most important part of our personality.” 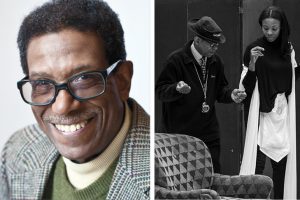 August Wilson had a special
relationship with Chicago–
including a one-of-a-kind
collaboration with longtime
Goodman Resident Director
Chuck Smith. As he prepares to
direct what he considers the
most important work in the
10-play Century Cycle, Mr.
Smith opens up about his time
spent with the Pulitzer Prizewinning playwright. 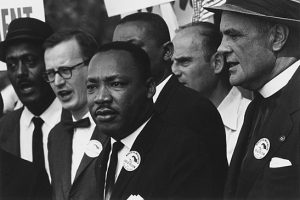 Kamala Harris taking oath for vice presidency. Photo courtesy of the White House  It is Martin Luther King Jr Day as I write this.   January