This article originally appeared in the Fall 2013 issue of Onstage magazine.

Noah Haidle’s latest play, Smokefall, examines life’s big questions through the prism of an ordinary Midwestern family. Inspired in equal parts by Thornton Wilder’s simple evocative humanity, Samuel Beckett’s bleak poetry and Haidle’s own wild theatrical imagination, it begins on an average morning as the family is getting ready for their day, and then telescopes in—and out—to look at both the minutiae of daily life and the broader implications of choices made for the individual, the family and the community. Funny and painful, the play was first developed as part of the Goodman’s New Stages festival, and was subsequently featured in the prestigious Pacific Playwrights Festival at South Coast Repertory in Costa Mesa, California, where it was produced this spring in a co-production with Goodman Theatre helmed by award-winning New York–based director Anne Kauffman. In a recent conversation with Tanya Palmer, the Goodman’s director of new play development, Haidle—whose work was last seen at the Goodman in 2006’s Vigils—spoke about the genesis of the play and where it fits into the trajectory of his own burgeoning career as a playwright and screenwriter.

Tanya Palmer: Can you talk a little bit about the origin and evolution of Smokefall?

Noah Haidle: The director of Smokefall, Anne Kauffman, says the big question of this play is: is life worth living? Smokefall is an incredibly personal play and while I don’t feel comfortable having people understand the exact life circumstances, my circumstances, that inspired me to write a play about the meaning of existence, I can talk about it as a piece of writing. It’s been around a long time. Act One and parts of Act Two were part of a much larger project that the Goodman was very supportive of, a project called Local Time, which consisted of 12 two hour, real-time plays that took place over 24 hours in a Midwestern town. Each play was named for the time it took place, like 11am to 1pm or 5 to 7pm. The first act of Smokefall came from a part of one of those plays: 7 to 9am. The Goodman did a reading of that play five years ago. So it’s very strange to have been working on this over such a huge period of time. It’s not exactly the same as that earlier play, but it has similar characters and situations. One of the challenges is to have continuity between the beginning and the end. It’s something that has been with me for a long time, and now been with you and with Anne for a long time. My life has changed so much over those five years. Working on this play has been one of the only continuous activities during that time. In a lot of my work before now I’ve been hiding. Smokefall is less subterfuge. It’s set in a house in Grand Rapids. It’s a life. It’s a mom. It’s a daughter. It’s a son. It’s a family play set in my hometown. And there are very literal things, facts, names that only I really know about, but the people who lived it will know as well. But, would you recognize my life? Probably not. Will I and others understand the emotional life that went into the thing? Absolutely. 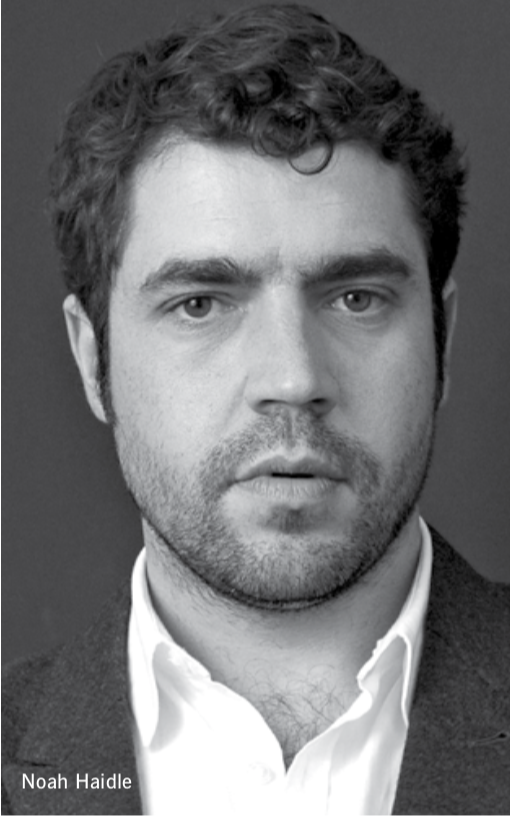 TP: As you said, the play is set in Grand Rapids and it’s about a Midwestern family. Over the last several years you have lived on both coasts— and now you’re back in Michigan, where you grew up. Obviously the setting is personal to you, but was there something particular about the Midwest or Midwestern characters that you were interested in exploring or capturing in this play?

NH: I don’t think so, beyond the fact that I grew up in Midwestern culture and therefore am a Midwestern person. But then again I don’t think I could see the remarkableness or strangeness or unusualness of a Midwestern story. The writer Allan Seager, in his biography The Glass House about Theodore Roethke, a poet from Saginaw, Michigan, who’s one of my favorites, said, “there is no grass as green as the grass in your backyard.” I think of Grand Rapids not as a particularly literal place anymore. I mean, the stuff that happens in this play, and other plays that I set in Grand Rapids, ain’t possible, you know? They’re beyond the limits of reality. So Grand Rapids for me is like the landscape of my imagination. When William Faulkner created Yoknapatawpha County, he drew a map of it and in the bottom right corner he wrote, “William Faulkner is sole proprietor.” And so, Grand Rapids, in a way, is that thing for me. It’s not a literal place anymore. It’s a mythological place in the way that all pasts, all origins, take on a mythology.

TP: You’ve been writing plays for several years now. How would you characterize this play in terms of how it fits into your body of work? Do you feel as if it’s similar to your previous plays, or has your work changed over the years? Is it a departure from your perspective?

NH: I think, I hope, that the emotional world I explore in this play—as opposed to some of my earlier plays—the despair and the hope and the joy are earned and are not just a young man’s supposition, not just thought experiments to a degree. It feels like a totally new way of writing. It feels rawer to me. I feel more exposed and scared. More is on the line. More is at risk. What it means to me, and how much it means to me. So, hopefully in turn it will mean a different thing to the audience.

TP: You’ve described Thornton Wilder and Samuel Beckett as being major influences on this play—

NH: Or sources to rip-off.

TP: Or sources to rip-off—

NH: Well, you know T.S. Eliot said that minor poets borrow, major poets steal. And I am not in any way pretending that I didn’t. Or don’t. It’s an interesting question in terms of intellectual copyright, in terms of acknowledgement, in terms of the “originality.” Like, how many original thoughts have you had? Some people deny and pretend that their gifts and talents and voices are entirely born out of nothing, or from the gases of the universe, but I can’t. At some level the influence of certain other writers— like Wilder and Beckett—on the play is unconscious, more an emotion or feeling that is identified with and internalized and then synthesized back out in the way that any feedback machine would do after enough input. But there’s also the question of why them—why those writers? And it’s the question that can never be answered. It’s like asking why you fall in love with who you fall in love with. You can’t explain why you love this person or thing that you love. It isn’t rational. Their writing feels true in a way that other people’s writing does not feel as true to me. And then I steal from them. So did I steal the narrator from Our Town? Yeah, I stole the narrator. But with Our Town, Thornton Wilder himself talked about how he had read The Making of Americans by Gertrude Stein and Our Town was his response to that. So, is my lineage of thoughts and beliefs in stagecraft linked to him? Absolutely. Is it linked to Beckett? Absolutely. No question. But Beckett comes from his own lineage which I can point to. It’s kind of like finding your family tree.

TP: Hearing you talk about how writers influence you, and how they find their ways into the plays, seems connected to what you were saying about Grand Rapids: that your depiction of that place comes from memory but it’s also a fictionalized space created out of your imagination. All of these writers that you love, they are as much a part of that imaginative landscape and how you process the world as the lived memories from your childhood. So it makes sense that they are all tied in together, that they’re not separate necessarily.

NH: Yes, that’s a good way to put it. I think of it as creating an imaginative real estate, that I own and that I understand the rules of. In my mind it’s not represented on this earth and it’s not in Grand Rapids. It’s not anywhere. But it is a space. I feel like there is an architecture to narrative. And much like when you feel safe and cared for in a building that’s well designed, you can feel the same kind of safety and comfort inside of a narrative. Narrative creates space, and specifically a play is performed in time. And you are inside that structure of time, and so when you’re in a well-structured, well-designed narrative, you are in a space. That’s what I want to create: an imaginative real-estate that exists in time as people come to it.

TP: You’re working with director Anne Kauffman on this piece. Can you talk a little about what that collaboration has been like and what you feel she brings to the process?

NH: I can speak only in superlatives about Anne Kauffman. Stanley Kubrick said there are two types of artists: those who care and those who don’t. Anne cares about everything. In terms of my personal development as an artist, Anne has come along at kind of a liminal point in that construction, in that development. When we were at South Coast Repertory earlier this year and I was rewriting my face off she said, “Noah, you’re not a kid anymore. You are ready to be responsible for every moment that happens on stage. This is important.” You know this is a personal business. It’s not fake, it can’t be—it’s authentic. And so my relationship with Anne, and my relationship with you, is real. I know you the person, and you know me as a person. But we are also collaborating on a piece of art. Those lines get real blurred at times. You know? And it’s hard to separate. So with Anne, as both an artist and as a friend, it’s the highest level of collaboration that I’ve experienced. I’ve experienced not lesser, but different levels of collaboration with other artists and this—this is remarkable. And it’s also that Anne is directing this play for the second time. I’ve never had a director come along on the ride with me to a different production. I hope and trust that she will continue if we’re lucky enough to keep going.