Get Tickets to Where We Belong!

Photo: Madeline Sayet in WHERE WE BELONG. Photo by Mark Garvin at Philadelphia Theatre Company

A single artist on stage can captivate a full audience, and transport us to different worlds through the stories they tell. This summer, Madeline Sayet joins the Goodman’s long history of solo performers with WHERE WE BELONG–on stage now through July 24. Take a look back at just a few of the most iconic one-person shows in Goodman History. 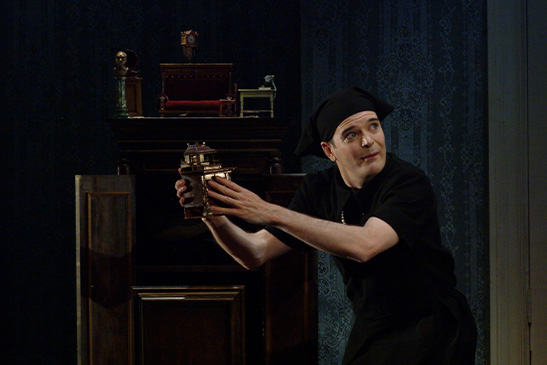 In a stunning tour-de-force performance, Jefferson Mays played Charlotte van Mahlsdorf, a real-life German transgendered person who miraculously survived two of history’s most brutal regimes—Hitler’s Gestapo and the East German secret police, the Stasi. Mays’ performance, which had critics scrambling for superlatives, embodies not only the controversial Charlotte, but also playwright Doug Wright and more than 40 other characters from Charlotte’s astonishing life. 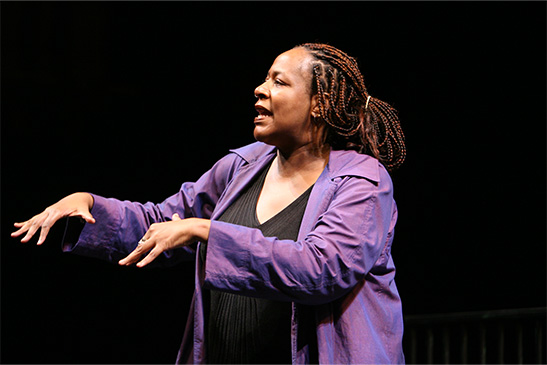 In her explosive solo piece Stoop Stories, Pulitzer Prize finalist Dael Orlandersmith transformed with mesmerizing ease into an astounding range of characters, from an elderly Polish Holocaust survivor to a poetic young junkie to a teenage Puerto Rican punk to a washed-up rock ‘n’ roll star. In this electrifying journey through the streets of Harlem, Orlandersmith performed a powerful, sizzling, fierce symphony of the diverse voices that make up her neighborhood. 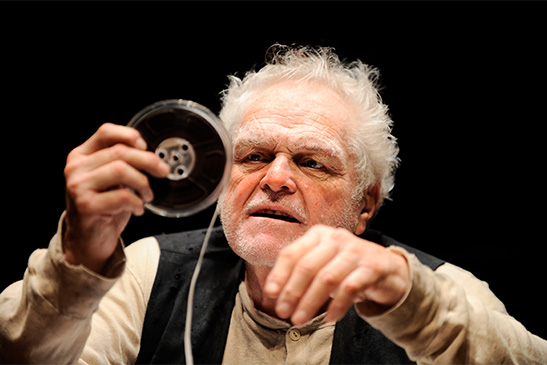 Performed by Brian Dennehy Every year on his birthday, self-absorbed Krapp records the important—and the banal moments of the last year. As he prepares to record a new tape on his 69th birthday, he begins to listen to his archives and stumbles upon a tender memory that he recorded half a lifetime ago. This immersion in his own history leads Krapp to question with growing regret whether his present lives up to his past. 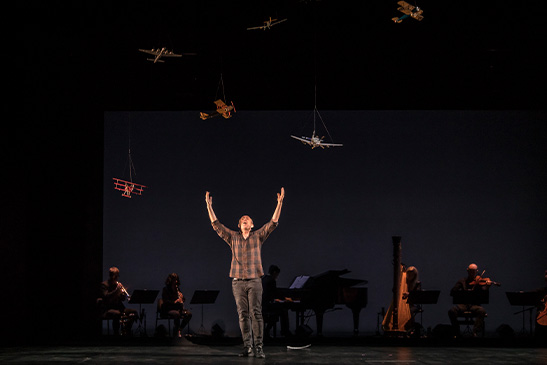 A musical memoir of hope, family and transcendence.

Growing up, writer/performer David Cale escaped his parents’ fraught marriage by singing in his bedroom and tending to birds in his backyard animal hospital—until a tragedy changed everything. Lush songs—featuring “an exquisite six-piece orchestra” (PerformInk)—and an intimate portrait of his mother united in Cale’s vivid “survival story, deeply moving in its courage” (Chicago Tribune).

Always keeping the audience intrigued is a testament to Sayet’s finesse as a playwright and performer.” – Theatrely

An Indigenous theatre-maker journeys across geographic borders, personal history, and cultural legacies; in search of a place to belong.

In 2015, Mohegan theatre-maker Madeline Sayet travels to England to pursue a PhD in Shakespeare. Madeline finds a country that refuses to acknowledge its ongoing role in colonialism, just as the Brexit vote threatens to further disengage the UK from the wider world. In this intimate and exhilarating solo piece, Madeline echoes a journey to England braved by Native ancestors in the 1700s following treatise betrayals – and forces us to consider what it means to belong in an increasingly globalized world.